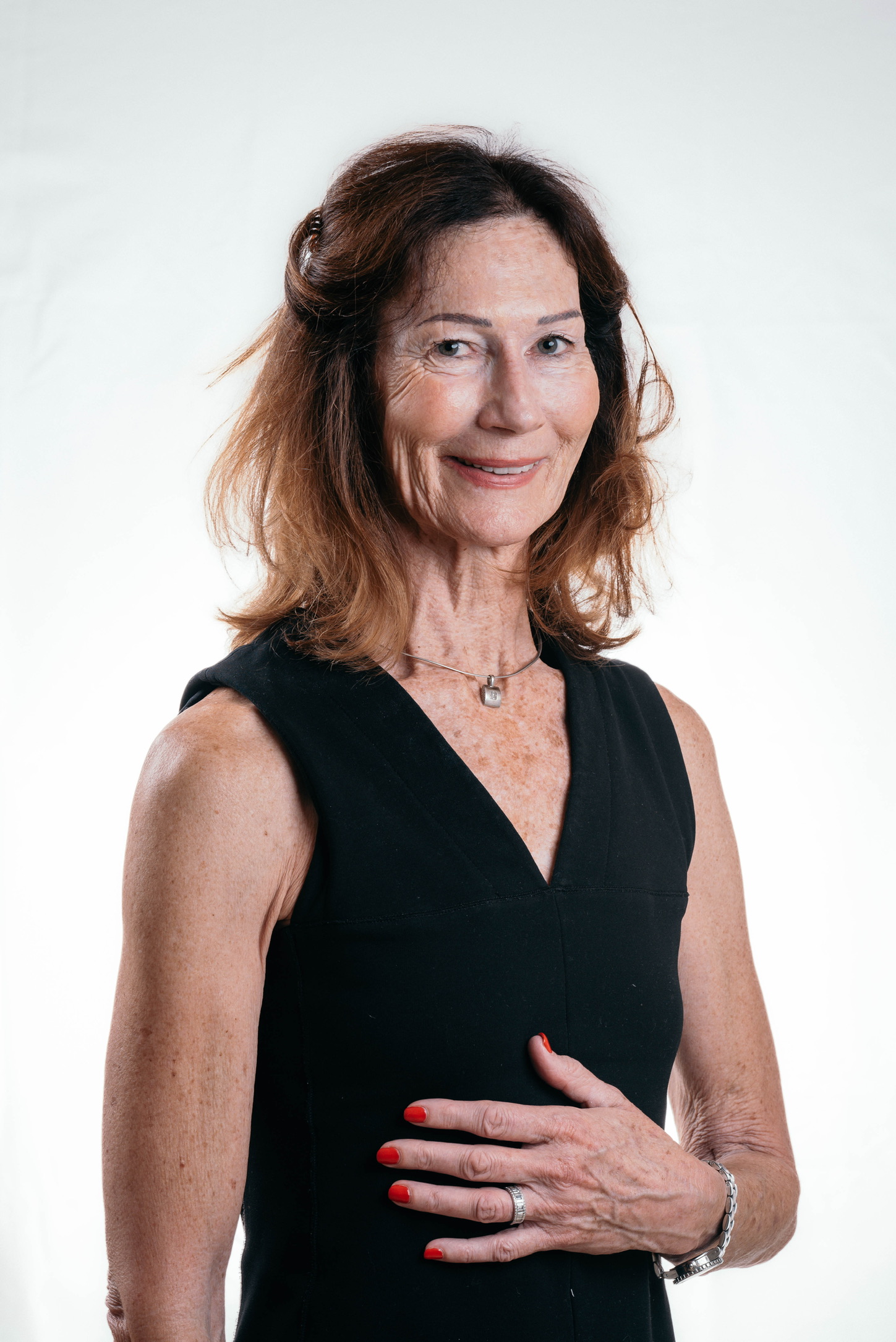 I was born in Kenya in 1957 and was sent to boarding school at just seven years old. By the time I left Kenya at 18, I had developed a serious eating disorder, alongside using drugs and drinking.

I eventually settled in Spain, marrying a lawyer from a powerful, rich Spanish family. Our initial romance was good, but it all changed immediately after our wedding.

After five years, we had a daughter and it was at this time that I discovered my husband was having affairs.  He showed no interest in either myself or our daughter. Although I was no longer taking drugs, both my drinking and eating disorder were spiralling.

One day, without warning, my husband moved Lizzie and I into a high- rise apartment in Fuengirola. He paid the rent and gave me £30 a week for us to live on. He took away everything, including my car, horse and dog and moved his then girlfriend into our marital home.

After about a month, I realised that he was planning to take Lizzie and throw me out of the flat. His family was so powerful, they could do what they wanted. Even so, I wanted to fight for my daughter and I needed to stop drinking and address my food problems to do this.

I started attending anonymous self-help groups and was able to stop drinking and control my bulimia.  My ex-husband suddenly wanted visitation rights. This was hard as my daughter and I had never been apart since she was born, but I did not have a choice. On these visits, he began saying bad things to my daughter and she began to change, becoming disturbed.

The legal battle for custody began and the first thing I discovered through my lawyer was that a prenup existed. It had been forged by my lawyer husband the night before we were married. This left me with no money for legal representation.

By this time, I had met my now-husband, Howard. He was able to find a man in Madrid who was willing to take up my case. Life was tough, but I stayed sober through meetings.

The case was heard before a female judge and was very drawn out, but my lawyer felt I had a good chance of winning custody. During this period, my daughter was with me and I would not leave her. My ex refused to allow her to travel to London so we could spend weekends with Howard.  During the August court recess, I received a friendly call from my ex. He said I could take my daughter to London for a weekend, although he wanted to know the flight details and Howard’s address.  It was the happiest I had felt since getting sober.

Howard and I planned the weekend for my daughter who was very excited. We arrived at Howard’s flat at 7pm, had dinner, watched TV and went to bed. Just after midnight there was banging on the front door. It was Interpol and the police – seven male and one female officer and they took my daughter away. My ex had gone to court and claimed I had abducted her. His powerful family had had the judge changed to a man and a hearing was held on that day – I was not invited.

I was bereft. I was 33, my daughter was five and she was gone.  It was the longest night I ever had. Despite the trauma and distress, miraculously, I did not want to drink.

I returned to Spain to fight for my daughter. It was hard because I really wanted to stay emotionally safe with Howard in London, but I was determined to continue the legal fight for custody. When I returned to Spain, I was followed and threatened and my flat was broken into twice. Howard was also threatened and warned of the consequences if he came to Spain or continued to help me.

The case went did not go in my favour and I lost custody. I was awarded half holidays and weekends – all at my ex-husband’s discretion. I remained in Spain, whilst we appealed the court’s decision, sleeping on friend’s couches. Thanks to Howard and my AA friends, I was able to stay sane and sober. Whilst the appeal process took place, Howard suggested I start therapy to help me maintain my sobriety and address all my issues. I began to change, especially my thinking.

I made a friend in AA who was a well-known journalist. She wrote my story in magazines and newspapers and I felt supported and stronger. I agreed to appear on The Esther Rantzen Show which was running a feature on mothers whose husbands had abducted children. All the other women were Middle Eastern. I sat and chatted with them before we started to record the show. All were totally broken. They looked years older than they were. At that point, I realised they were no longer living, just existing and even if they got their children back, they might not be emotionally fit mothers. I knew I too would be like them and however bad my current situation was, it could get even worse. In time, I would not be able to maintain a relationship, be a decent stepmother, be a good daughter etc. I would be destroyed by what my ex-husband had done.

At that moment, I resolved that my ex had taken enough and I would not go on the show. I decided I would not instruct any more lawyers; I would accept the result of the appeal and I would leave my ex to do the morally right thing by me and my daughter. It was up to him now.

I decided to move to London to be with Howard and resolved we would make a life together and use our experience to help others.

On Jan 3 1993 I left Spain to be with Howard and await the appeal decision. Only a couple of days later, I found out that I had lost the appeal … and I was pregnant.

During my pregnancy I called my daughter every two days After a few months, she could no longer talk. She just said: “Mummy, don’t go off the phone.”  Sometimes I travelled to Spain because my ex said I could have a weekend with her, but I only saw her once, for two days. She could not talk……she just clung to me.

Despite all this, I did not drink or sink into depression. My therapist and women’s support group were tough, but amazing and I trusted them and they helped me change. I learnt to value myself and to say no. I was finally connecting with people and I no longer felt alone.

I had my baby. A baby girl, Ali, who no one could take away from us. I continued to attend group for many years as I did not want Ali to be affected by my experiences. I did not want to be defined by what happened to me. I wanted to be me again.

I am now over 30 years sober. I do not see my eldest daughter. She lives in Granada, but I still think of her every single day.

During all this time, I have never wanted or craved a drink or a pill. I have not acted out with food. I have been the best mother and wife I can. I have learned to face and accept what happened and most importantly, to ask for help when needed.

I believe it is vital to share and have passed my experience on to many women in prisons, centre and normal daily life and now, with The Bridge, we have the perfect rehab facility really help, through addiction and life beyond.

17/03/2021
We use cookies on our website to give you the most relevant experience by remembering your preferences and repeat visits. By clicking “Accept”, you consent to the use of ALL the cookies.
Cookie settingsACCEPT
Manage consent